Talking about our Legends it’s talking about there History. In these last weeks we have been deepening over the best golf fields in the world, where our legends have made history. We started with Muirfield, a magical place for Slazenger and we continued with Royal Lytham. Today we will focus on one of the oldest golf field in the United Kingdom: The Royal and Ancient Golf Club of St Andrews.

For Slazenger Heritage, this ancient field made two of our legends: Seve Ballesteros and Jack Nicklaus. Winning the Open Championship in this fild in 1970, 1978 (Nicklaus) and 1979 (Seve).

It isn’t the first time that we mentioned the St Andrews Golf Club, we already told you that this Royal and Ancient Club holds an unique position in golf. Formed in 1754 by 22 “noblemen and gentlemen” at St. Andrews, Fife, Scotland, as the Society of St. Andrews Golfers. It adopted its present name in 1834 by permission of the reigning British monarch, William IV. Since 1764 its famed Old Course has been played nine holes out and nine holes back, making the now standard 18-hole round. 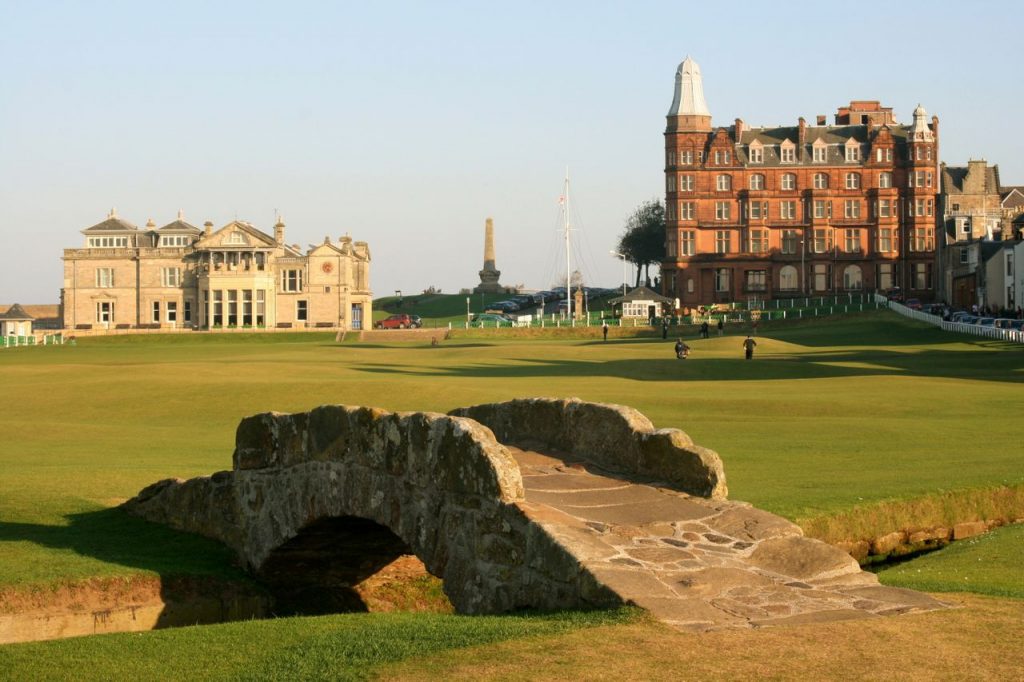 In the late 19th century the R&A became the sole authority on rules of the game in the United Kingdom and the Commonwealth. In 1919 it took over management of the Open Championship (British Open) and amateur championship tournaments. It sponsors several international competitions, including the Walker Cup and Curtis Cup matches against U.S. teams.

The Royal & Ancient Golf Club made headlines in 2014 when the 260-year-old club elected to accept female members for the first time in its history.

In 2009, Severiano Ballesteros was appointed honorary member of The Royal and Ancient Golf Club of Saint Andrews.

Those responsible for The R & A of St. Andrews had valued the “extraordinary sports career” of Ballesteros, who became a “mass idol” based on triumphs since he captured the attention of fans in 1976, when he was only 19 years old tied with Jack Nicklaus in the second place of the British Open held at Royal Birkdale.