Jack Nicklaus, the Golden Bear and the Story of his Nickname

Golden Bear Jack Nicklaus and the Story of his Nickname

With Wimbledon being around the corner, we thought it would be important to not forget about Slazenger’s other friend, golf! We are going to take a closer look at one of our golf legends, Jack Nicklaus. More specifically we are going to tell you more about his name. Every iconic athlete deserves an iconic nickname and as you may know, his famous nickname is Golden Bear. However, do you know why he is called Golden Bear?

Jack Nicklaus was not always called Golden Bear. In fact, his nickname before this was a lot less glamorous! During the beginning of his professional career, Nicklaus wasn’t very well liked; especially not by Arnold Palmer fans. Palmer’s fans were feeling awfully resentful towards Nicklaus, because he was taking Palmer’s number 1 place on the PGA Tour and in the professional golf world. 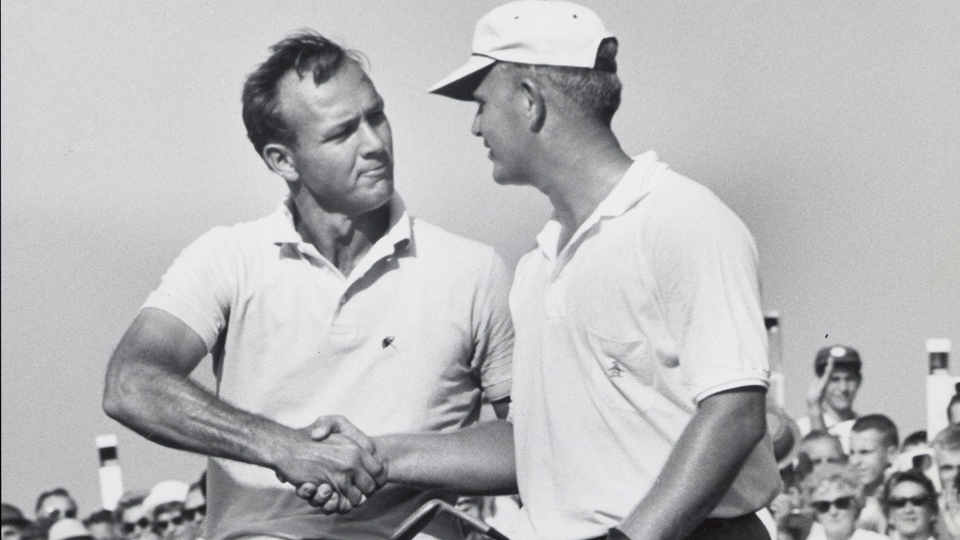 As a result, Nicklaus was called “Fat Jack” by both media and many fans, referring to his apparent “husky stature”.  Not the nicest nickname to say the least!

Fortunately, as time was starting to pass, and Nicklaus was becoming more and more successful, he also started to win over more fans. It was during this time that Nicklaus got his new nickname. According to Nicklaus’ wife, Barbara, he came across his new nickname when they went on a trip to Australia.

They both got off the plane and there they came across newspapers with the headline saying, ‘Golden Bear from U.S. to Arrive Today’. He was given this nickname by Australian sportswriter Don Lawrence who thought it suited him, because he thought Nicklaus looked like a “big, cuddly, golden bear.”

Considering Nicklaus was on the look-out for a logo anyway, he just went ‘That’s it’. Coincidentally, the high school he went to was called the Upper Arlington Golden Bears: a match made in heaven. He said he had been a Golden Bear all his life, he might as well continue to do so!

Do you love the “Golden Bear” as much as we do? You can dress just like him with our Slazenger Sky Blue Golf Jumper. 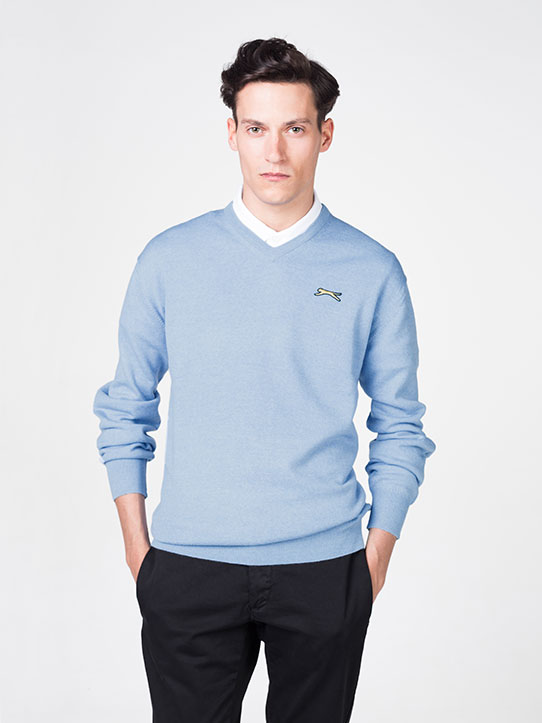