All England Club, home of the Champions - Slazenger Heritage

All England Club, home of the Champions

Hi everyone! Wimbledon 2019 is a few weeks away, and we are all thrilled for it. As every year, the legends will play at the All England Club, the club that hosts the Wimbledon championship.

A bit of history of the All England Club

Although it’s known by All England Club, its full name is All England Lawn Tennis and Croquet Club. It’s located in Wimbledon, distric and town of south-west London.

The Club was founded as Croquet Club in 1868, before introducing lawn tennis in 1875. The fist Men’s Singles Championship was in 1877, and 1884 when they introduced Ladies’ Single and Men Doubles. It wasn’t until 1914 when Ladies’ Doubles and Mixed Doubles where added.

The current location of the tournament was set in 1922, almost a 100 years ago. They moved from the previous location because of the popularity of Suzanne Lenglen, who atracted larged crouds to the tournament.

The All England Club in the present

There are 40+ courts at Wimbledon, divided by the type of grass used in each one, 18 of them have the grass used in hte tournament. The largest is the Centre Court, with 15.000 seats and retractable roof since 2009. The name is because of its location, although at first it wasn’t accurate.

It’s also important the Nº1 Court, built in 1997 and remodelated this year to also add the retractable roof. It has 11.500 seats. The Nº1 court also hosts matches from de Davies Cup, as the Centre Court is reserved for Wimbledon Championship only. 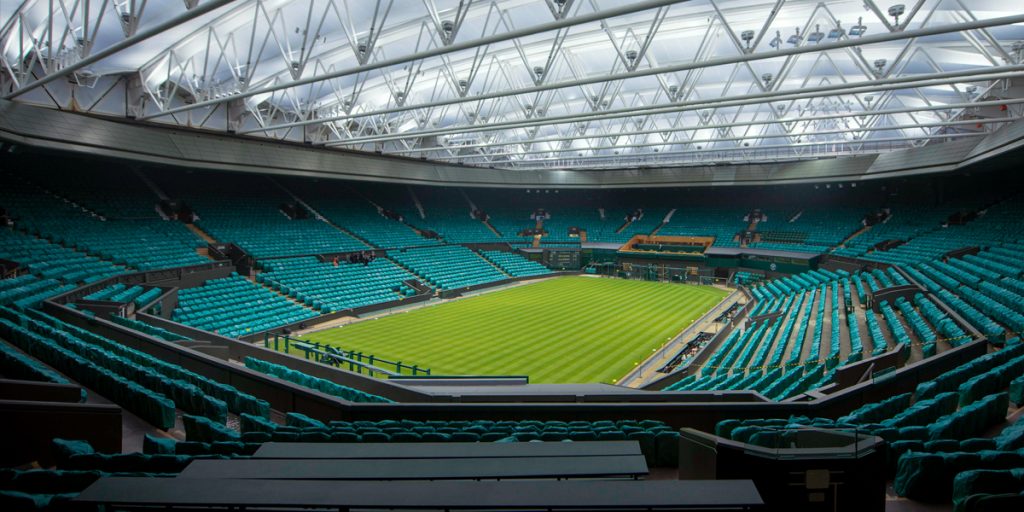 From Slazenger, partners of Wimbledon since the beggining, we wish the best luck to all the participants in this year tournament. We are sure that we will live thrilling matches between the best tennis players of the world.

If you are attending Wimbledon this year, you probably want to go well-dressed. That’s why we made the Slazenger Heritage Tennis Legen Sweaters, to make you feel like a legend. 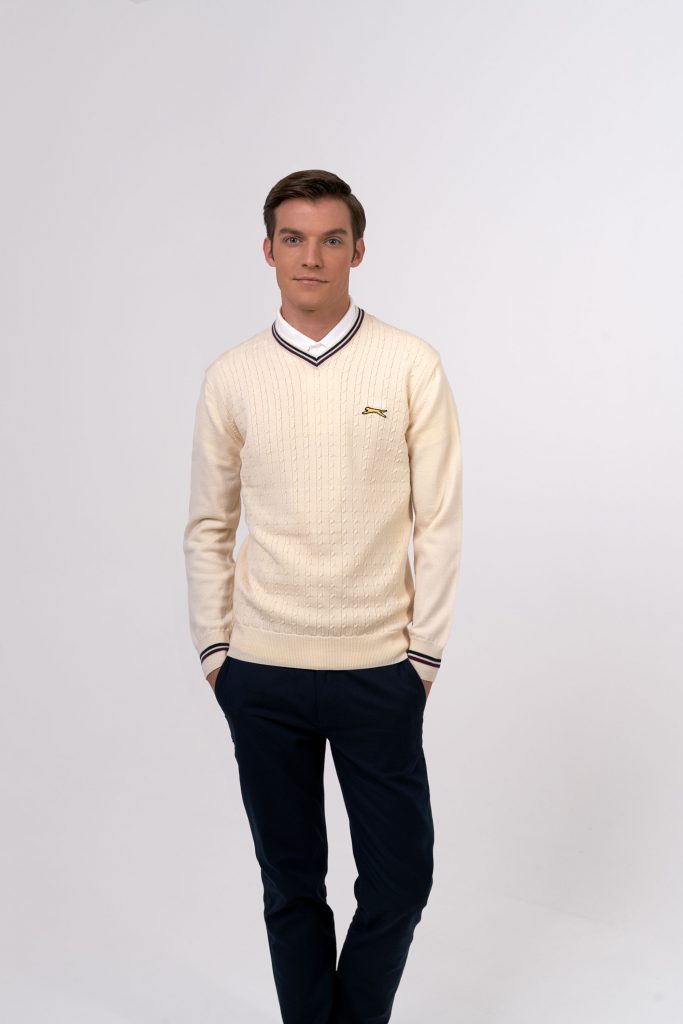