In Slazenger Heritage, we admire our golf legends and the places where they won some title or award. In the previous post, we told about Royal Lytham, magic happened twice. Today, we want to talk about the place where Tom Watson born as a legend: Carnoustie Golf Links. 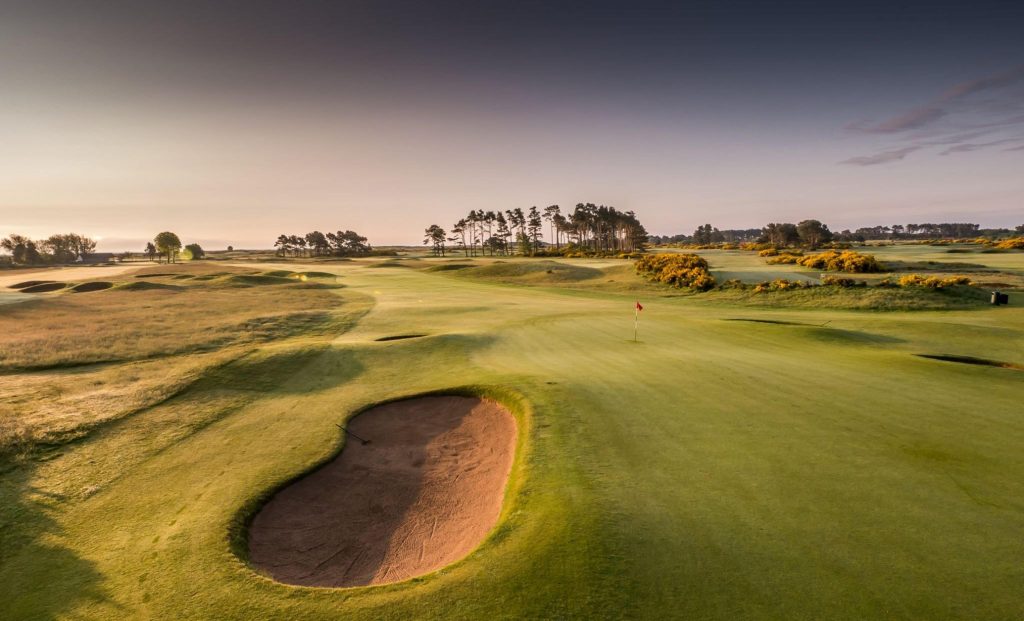 Carnosuite Golf Links is a place with a special history. It is located in  Carnoustie, a town in the council area of Angus, in the North Sea coast in Scotland. It was stablished in 1842. A hundred seventy seven years ago! It has a total of 54 holes.

There is a curiosity about this field. In 1999 it was invented the term Carnoustie effect because even the best golf players used to fail playing in the Open Championship of that year. That term means the frustation that they felt by the unexpected difficulties of the Carnoustie Golf Links, which was compounded by the weather.

In 2018, the Championship Course was voted Best Golf Course in Scotland.

The Burnside Course oozes character and is a splendid test of golf.

We will always be grateful to our Slazenger legends because, thanks to them, today we are who we are. Remember that you can also feel like a legend wearing a Slazenger jumper.