Althea Gibson, the first African-American woman as a tennis player

Althea Gibson’s life and achievements transcend sports. A truant from the rough streets of Harlem, Althea emerged as a most unlikely queen of the highly segregated tennis world in the 1950s.

Raised primarily in Harlem section of New York City, she won a string of American Tennis Association titles on the African-American circuit. After being allowed entry to the major tournaments, she became the first black player to win Wimbledon and the French and U.S. Open titles.

At a time when racism and prejudice were widespread in sports and in society, Gibson was often compared to Jackie Robinson. “Her road to success was a challenging one,” said Billie Jean King, “but I never saw her back down.”

“To anyone, she was an inspiration, because of what she was able to do at a time when it was enormously difficult to play tennis at all if you were Black,” said former New York City Mayor David Dinkins.

“I am honored to have followed in such great footsteps,” wrote Venus Williams. “Her accomplishments set the stage for my success, and through players like myself and Serena and many others to come, her legacy will live on.” 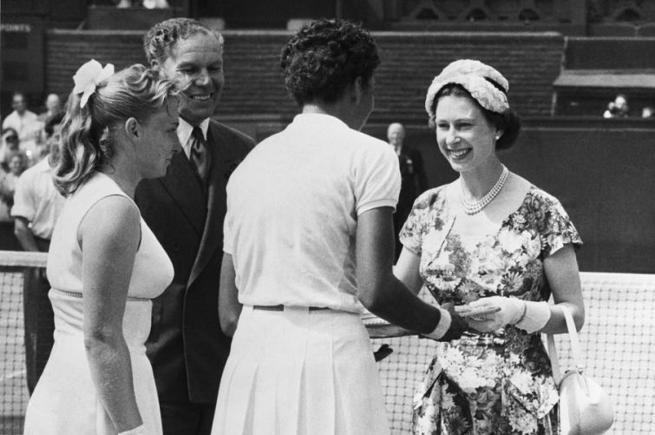 No player, not even the great Arthur Ashe (who came a decade after Althea), overcame more obstacles to become a champion than Althea Gibson; the first African-American to play at (and win) Wimbledon and the US Open was a woman. It wasn’t all a bed of roses. At one point, she even thought of leaving sports all together to join the U.S. Army. A good deal of her frustration had to do with the fact of a white domination. 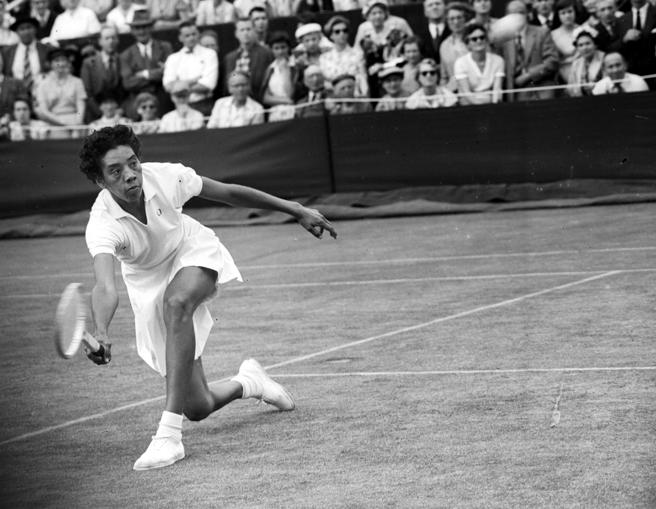 The breaking point came in 1950 when Alice Mable, a former tennis No. 1 herself, wrote a piece in American Lawn Tennis magazine lambasting her sport for denying a playerof Gibson’s caliber to compete in the world’s best tournaments. Mable’s article caught notice and in 1951, and Gibson made history when she became the first African-American ever invited to play at Wimbledon. A year later, she was a Top 10 player in the U.S. She then climbed even higher, to No. 7 in 1953.

Althea Gibson’ story is really empowering, specially for those women who feel like her and want to become a Legend. If you want to feel like one of the great tennis players of the past, why not try one of our jumpers from the collection of tennis legends.

From Slazenger Heritage, we hope you have enjoyed this post. Do not hesitate to contact us for further information.