by slazenger01 on 25 October, 2021 in Legends, Tennis world, Wimbledon

Good morning to everybody! Today from Slazenger Heritage, your vintage sportswear store, we present you a new post on our blog. We will talk about Spanish winners at Wimbledon.

Spain has not had a tournament at Wimbledon commensurate with the potential of its players for many years. Only four of them, two men and two women, have managed to lift the champion’s trophy at the All England Club throughout history. Manolo Santana, Conchita Martínez, Rafael Nadal and Garbiñe Muguruza have been responsible. Until the current edition, for putting Spain on the winners’ list at the London Grand Slam.

Talking about the Spanish winners at Wimbledon. The first one was Manolo Santana. Thanks to his title in 1966, when the Open Era had not yet begun. The Madrid-born tennis player won the title match against the American Dennis Ralston. This completed his fourth Grand Slam title after winning Roland Garros in 1961 and 1964 and the US Open in 1965. He is currently 83 years old and holds the position of honorary president of the Mutua Madrid Open.

After Manolo Santana’s victory, there were many years of drought until Conchita Martínez won the first women’s title.

She beat the favorite player Martina Navratilova in the 1994 final. The Spanish tennis player achieved a historic milestone for Spanish tennis. This on a surface on which the results were not good and titles seemed vetoed for players who did not master the serve and volley formula.

Rafael Nadal, the best Spanish tennis player in history, is also the Spanish player who has won the most titles on the grass.

He is the only national representative with two Wimbledon trophies to his name. The first of them against the king of grass, Roger Federer. In an epic match that allowed Rafa to fulfill his dream in 2008. Two years later, in the 2010 edition, Nadal won again. At the All England Club against the Czech Tomas Berdych. 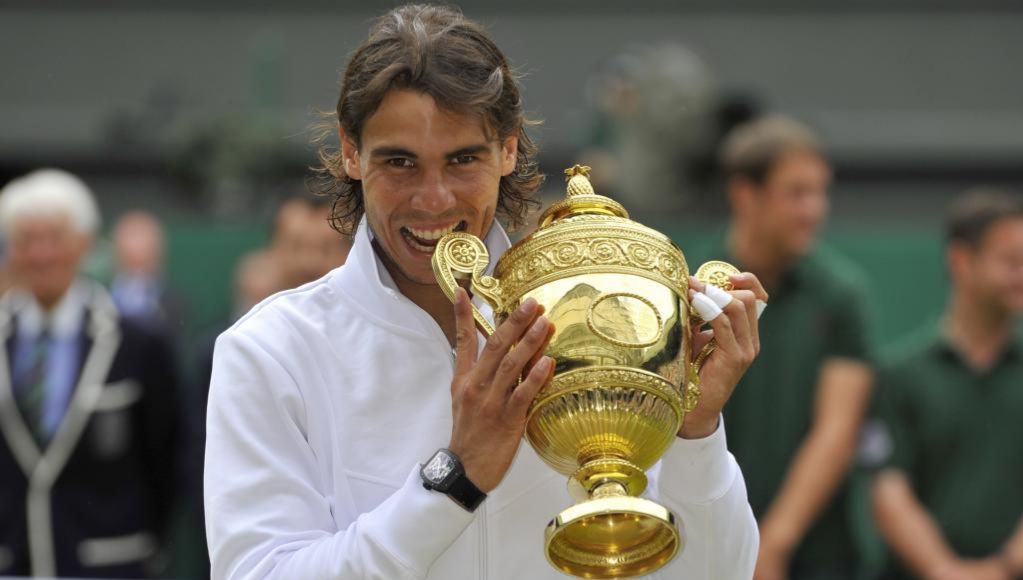 The last Spanish triumph at Wimbledon came at the hands of Garbiñe Muguruza. The Venezuelan-born tennis player won the champion’s trophy in the 2017 edition, after having played in the final two years earlier. On that occasion, Muguruza beat American Venus Williams in two sets, completing a Spanish record at Wimbledon in search of a sixth Wimbledon title. 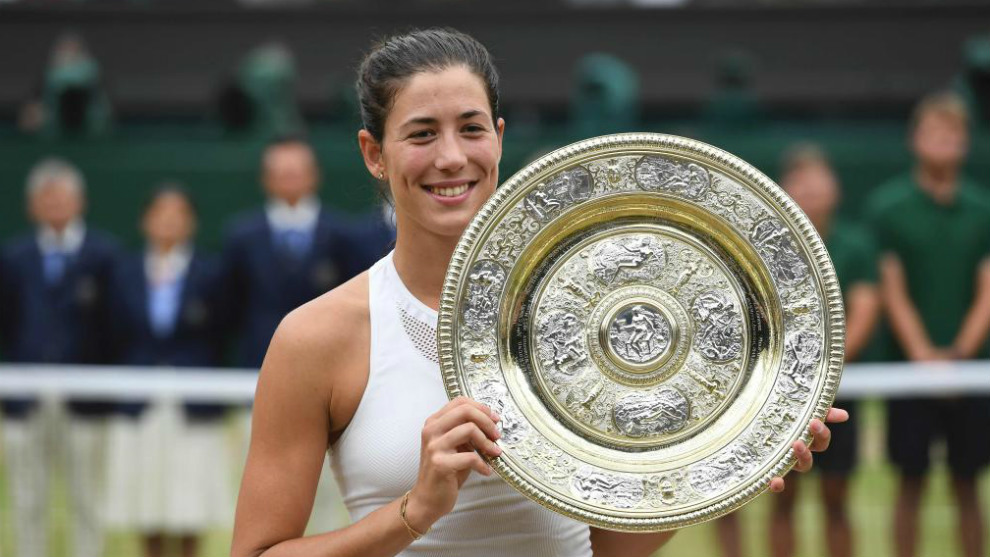 And this is all for today’s post. But don’t forget that Slazenger is one of the sponsor of this tournament. If you want to dress like the professionals and be a champion, visit our website and take a look to the tennis sweaters section.

One reply on “Spanish tennis players who have won Wimbledon“