Severiano Ballesteros, also known as Seve Ballesteros or simply Seve, is one of the biggest legends of golf, with a number of trophies hard to reach. Today we want to remember the career of this golf legend.

Seve was born in Pedreña, at the north of Spain. His uncle was Spanish Champion and his father was a gardener at the Pedreña Golf Course. In this Course, Seve made his debut as Caddy at the age of 9. In 1974 he gets the professional title, winning the U-25 Spanish Championship and the Vizcaya Open. 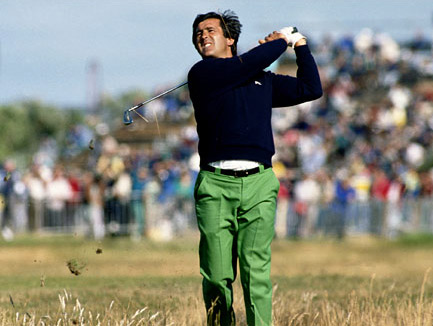 Being only 19 years old, Seve won several important trophies such as the Lancome or the Netherlands Open and he gets the second position in the British Open. That year he was named the best European Player.

It was in 1979 when Seve won his first Open Championship. By the moment, he was the youngest winner of the tournament and he did it with the Slazenger Jumper. Inspired by him, we created the Slazenger Navy-Blue Golf Legend Jumper.

A year later, he won his first Masters Tournament. For the first time, an European player won the prestigious tournament, making him one of the biggest references of the circuit.

The trophies of a golf legend

Seve Ballesteros won a total of 6 trophies in the PGA Tour and 50 in the PGA European Tour, including two Masters Championship and three British Open. He is the most laureated player in the European Circuit. He also won five Ryder Cups with the European Team, one of them as captain in 1997.

He has named Best European Player of the XX Century, PGA European Tour Golfist of the Year for three times and is part of the Hall of Fame since 1997. All of this are numbers of and incredible golf legend. 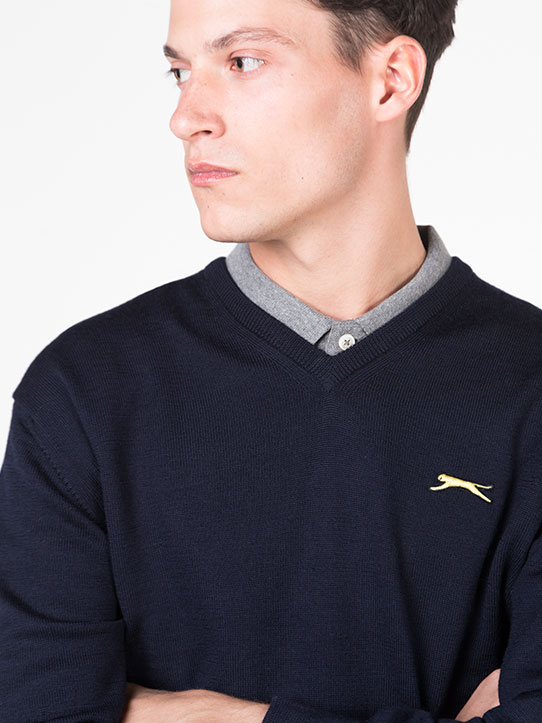 We are proud to have been with him in his career. If you, as us, want to pay tribute to him, you can get the Navy-Blue Golf Jumper, inspired by the one that this golf legend wore.