US Open, the most ancient championship in golf history

US Open, a legend in golf 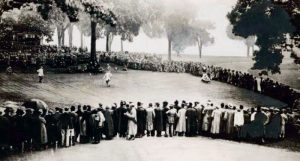 Known as one of the strictest and most challenging golf men’s tournament, the US Open is, after the Masters Tournament, one of the second -out of four- major championships of the field. It is held, as its name states, in the United States, on the third Sunday of June. Organized by the United States Golf Association (USGA) it is part of both PGA Tour and the European Tour.

History of the US Open 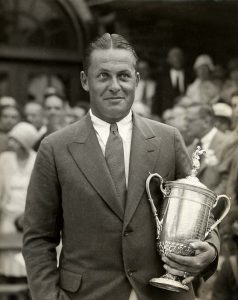 The golf US Open is even more ancient than the Masters Tournament. The first one was played on October 1895 in Newport, Rhode Island . It was a nine-hole course, and the game consisted on a 36-hole competition played by ten professionals and one amateur. The winner was Horace Rawlins, and his price consisted on 150 dollars and a gold medal.

Since then, the tournament was held every year in northamerica, with golf players such as Young John J. or McDermott. However, it wasn’t until the 20s when the seed of its actual fame was sown. On 1913, Francis Ouimet, an enthusiast of the sport -but nothing further from a professional- won some expert players of the size of Harry Vardon and Ted Ray.

The guilty, as well, of its growing popularity was Bobby Jones and his surprising professional career. Mr Jones won the tournament four times in less than 10 years.

Format of the tournament

With 156 places, everyone can be a participant of the US Open. The only requirement is a 1,4 handicap. 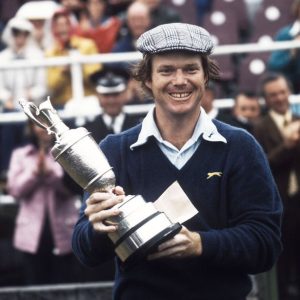 To be classified the players have to compete in two phases. Even so, there are some participants that are allowed to omit the first one and directly compete in the final classification. This is the second phase, where the ones who succeed in the first round and the ones that were exempted of it, face each other. They deal with 36 holes, located in various American golf fields as well as two European ones and one Japanese. The price is of 1,6 million dollars.