PGA Championship- One of the PGA Tour - Slazenger Heritage

PGA Championship- One of the PGA Tour

The PGA Championship is an anual golf tournament organized by the PGA, like her name said, in the PGA Tour. This is one of the four Majors golf Championship and it´s celebrated the last one, always in August.

Generally is the fourth weekend after de Open British, although in some editions before it was earlier because of the calendary. 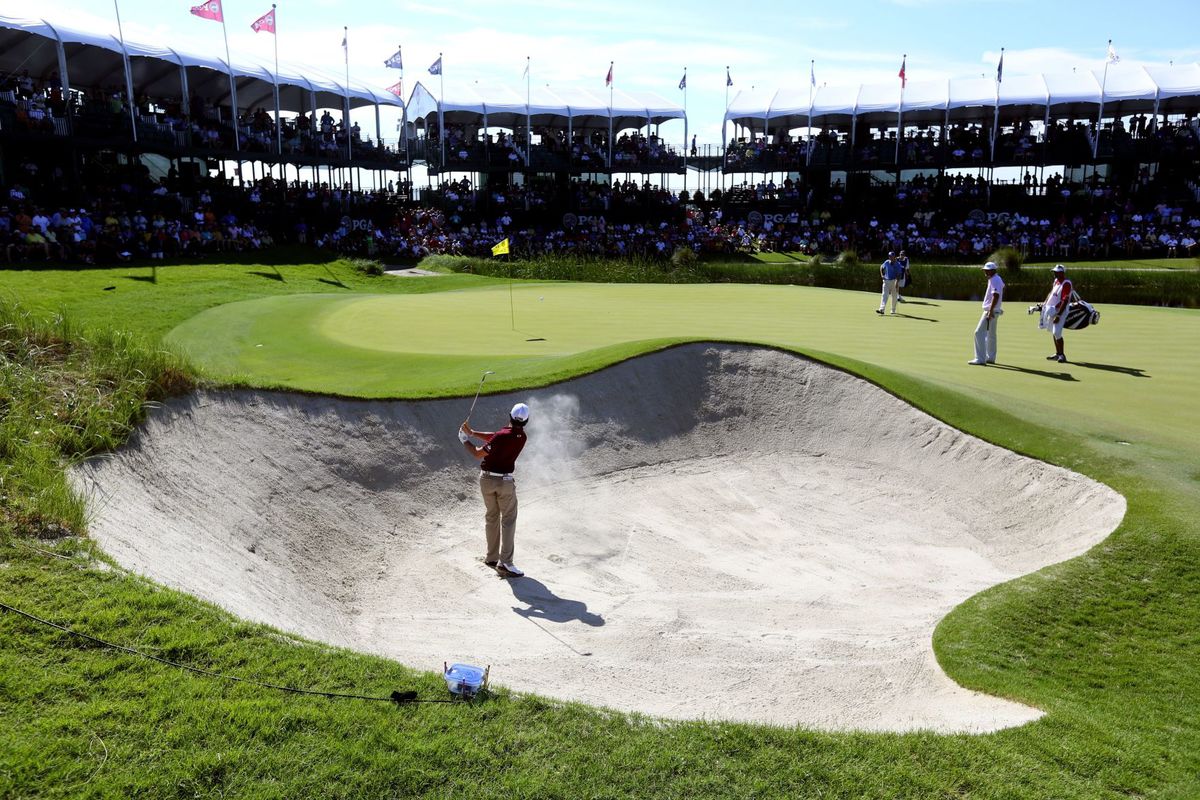 As other Majors, to win this tournement gives to the golfer some benefits: the champion is invite automatically top lay the other three Major –Master Tournament, US Open and the British Open Championship– during the following five years and he´s exempt from play the classification for it.

History of the PGA Championship

The first PGA Campionship had been celebrated in 1916 in Siwanoy Country Club in Bronxville, New York. The trophy was donated by Rodman Wanamaker, it´s the reason that since this action the award´s name is Wanamaker Trophy.

Originally the tournement was fighter over match play, where the winner was the player who achieved more holes.

From 1958 the method changed to Stroke Play, and the winner was the player who gave less strokes.

The first winner, Jim Barnes, received 500 dolars like award, and the winner of the tournament in 2011, Keegan Bradley, received more than one million of dolars.

Format of the PGA Championship

Stroke play, like we have mentioned before, is the puntuation system of the PGA Championship. It involve to count the total strokes in each hole during a round. The winner ir the player who has realized less strokes in the round.

Our jury has seen a large group of famous people, as so many slazenger clothes. Like is the case of our legend, Tom Weiskopf, who won sixteen titles of the PGA Competition between 1968 and 1982, underlined his victory in 1973 with the  Slazenger Heritage, charcoal legend jumper.

One reply on “PGA Championship- One of the PGA Tour“