Good morning readers! Today at Slazenger Heritage we feel kind of sad because Wimbledon Championship should start today. We will miss it this year! This is why we want to commemorate it by recalling four epic tennis Wimbledon moments.

Every summer, the best world tennis players meet in London wishing to reach the most prestigious and traditional title in the history of white sport. With more than 140 years of history, this tournament has consolidated true legends such as María Sharapova, Roger Federer, Björn Borg, among others.

Every year it gifts us an impressive show! Beside the incredible sporting performance, we love the class and elegance with which it is carried out.

Here are four moments which have marked memorable episodes on the court of one of the most important summer sporting events.

This American tennis player has been an example in every way. She has defended women’s rights and social change, both outside and within sport.

She is considered one of the best tennis players in history due to her great performance. In the British Grand Slam from 1966 to 1968, she won to Maria Bueno, Ann Haydon and Judy Dalton. With this triple championship, she wrote her history in tennis Wimbledon as one of the best players in the tournament in the 20th century.

The Croatian tennis player was finalist of the tournament three times, which allowed him to have an invitation by wildcard to participate in 2001. He was not at his best since he had a shoulder injury throughout that year, which made him being very close to retiring.

Against all odds, Ivanisevic reached the last stages and played the final against the Australian Patrick Rafter. It was a great match that let the Croatian victorious, so he could obtain his only Grand Slam title.

3. The best Final in history: Federer vs. Nadal

This is considered, by many, the best Final in history, not only of the tournament, but of tennis in general. In 2008, for third consecutive time, Roger Federer and Rafael Nadal disputed the great title in a game that lasted more than four hours. Finally, Nadal managed to beat the Swiss, winning his first Wimbledon tournament. This incredible feat has made him a tennis legend.

4. The trophy stays at home with Andy Murray 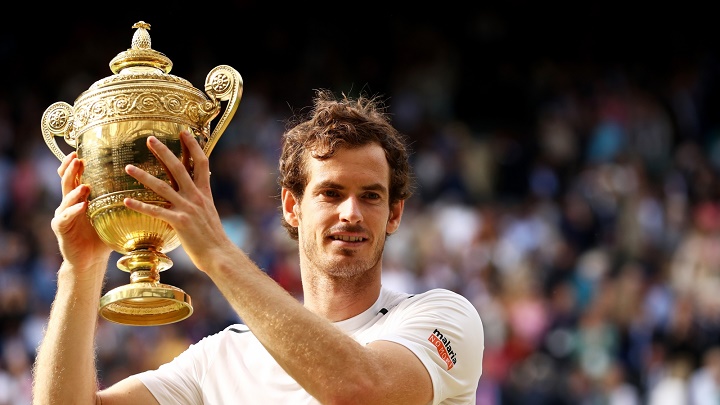 Despite the tournament originated in England, just a few British players have won the Grand Slam title. For 88 years, there was no English players winning the Wimbledon title, but in 2013 Andy Murray ended a streak of bad luck.

The decisive match was against the great Novak Djokovic, ranked as the number one in the world. The victory was achieved by Murray with three sets of 6-4, 7-5 and 6-4. Without doubt, he established himself as a tennis legend and as British pride.

From Slazenger Heritage, we hope we have brought you a smile by remembering these epic tennis Wimbledon moments. See you soon!