Here at Slazenger Heritage we can’t ignore the bad things that are happening in the world right now. The situation in Ukraine is very unfortunate and horrible. Since the whole world is trying to help Ukraine, the tennis community couldn’t stay behind. Novak Djokovic financially helps and offers support to a fellow tennisser who returned to his home country of Ukraine.

Sergiy Stakhovsky is a former professional tennis player from Ukraine. Born in 1986, he started playing tennis at the age of 6 in the olympic stadium of Kyiv. He won 3 ATP tournaments and even beat Federer in the second round of Wimbledon in 2013. He lived in Hungary but recently returned to his native country due to the attack of Russia. Sergiy felt the urge to defend his country against Putins’ strike. 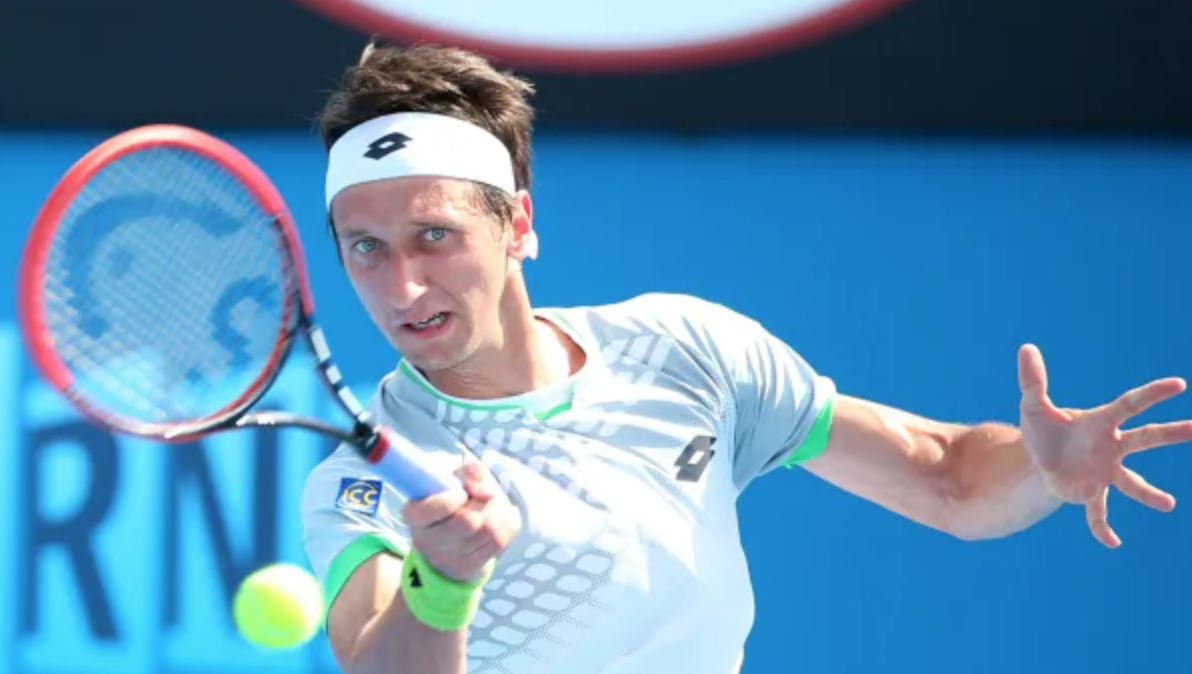 Stakhovsky posted a screenshot of a conversation between him and Djokovic on Instagram.

Stako, how are you man? Are you on the field? Think of you, hoping all calms down soon. Please let me know what would be the best address to send help, financial help, any other help as well…’. 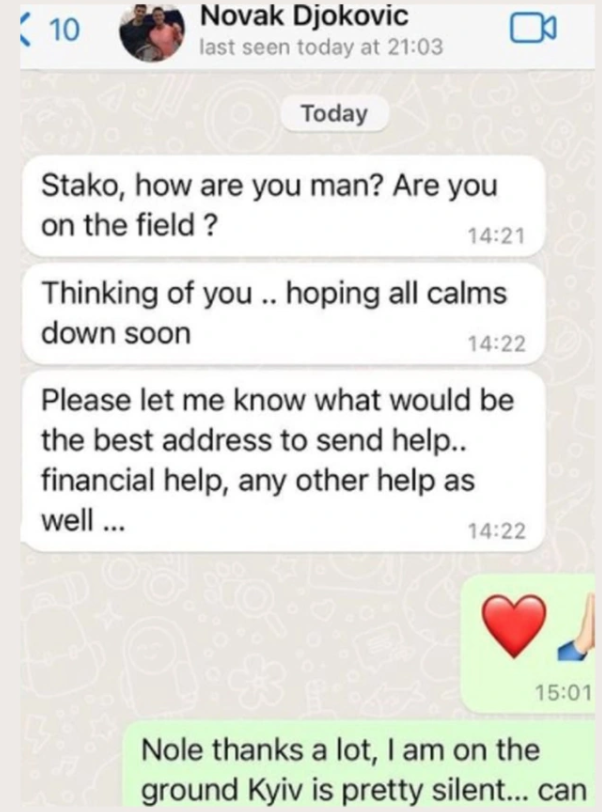 Sergiy said it was one of the hardest decisions of his life, but he felt like it was his duty to join the Ukrainian army. He did n’t even say a proper goodbye to his children from him. Sergey said ‘he’d be back soon’ as his children were watching cartoons and not really paying attention. We can only imagine how tough this must’ve been for him…

Among tennis players, other successful Ukrainian athletes have returned to their home country to join the forces. Boxer Vasiliy Lomachenko is one of them. Vitali Klitschko, the former WBC and WBO champion, is the oldest of Kyiv. He remained in the capital despite the onslaught from Vladimir Putin’s forces. The fact that Djokovic financially helps and show support to Ukraine, might convince others to do the same. At least we hope.

Slazenger Heritage can only send our best wishes and regards to the Ukrainian people and hope the attacks of Russia come to an end soon. The children, women and men deserve their peace. If you are interested in supporting the Ukrainian people, you can do it by clicking here .